How Many People Die From The Flu Every Year In The US?

How Many People Die From The Flu Every Year In The US? 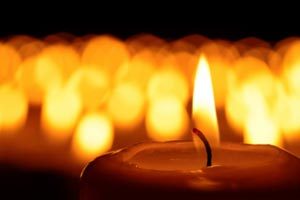 According to the CDC, the flu kills a surprising 3,300 to 49,000 people every year. This rather high number varies greatly in any given year, and according to many health experts is pretty exaggerated. Most years, US death certificates show fewer than 300 deaths attributed to the flu. A large issue in determining the actual number of flu-related deaths is differentiating the flu from other more serious illnesses with flu-like symptoms.

Why Is It So Difficult To Determine How Many People Die From The Flu?

Numbers of flu-related deaths are controversial because they are simply estimates. These numbers do not necessarily match up with what’s reported on death certificates or by official agencies responsible for collecting vital statistics.

For instance, the National Vital Statistics System reported fewer than 500 flu-related deaths in 2010—that’s a lot less than the thousands of deaths estimated by the CDC. Meanwhile Wikipedia reports an even larger number of flu-related deaths “about 250,000 to 500,000.”

Wikipedia’s numbers can cause you to panic at the first sign of the flu. In reality, the flu is not a major killer. Reputable publications such as the American Journal of Public Health and the British Medical Journal report much lower numbers than Wikipedia and even the CDC.

So how do discrepancies occur? For one, without lab tests it’s impossible to differentiate the real flu from more serious germs with flu-like symptoms. In 2001, 257 American death certificates listed the flu as cause of death. Albeit, only 18 of these 257 people were positively confirmed as having a true flu, while the remaining 239 were simply assumed to have died from the flu. While a good percentage of these people did likely have the flu, there’s no way to know for sure how many.

All That Being Said, The Flu Can Be Deadly

Even though not as many people die from the flu as the CDC’s numbers suggest, that doesn’t mean the flu isn’t dangerous or even potentially deadly. The majority of flu-related deaths are caused by secondary complications that arise as a result of the flu.

Who Is At The Greatest Risk For Flu-related Deaths?

-Children that are under 2-years of age

-Senior citizens that are 65 and older

-People with preexisting medical conditions such as lung disease, heart disease or asthma.

-People with a weakened immune system, due to a preexisting condition or certain medications.

How Do You Die From The Flu?

All of us have had the flu at some time, and while in the moment it might feel like you’re going to die and never get better, it’s hard to imagine actually dying from such a common illness. Many patients ask what causes someone to go from sick with the flu to on his or her deathbed?

What If You Have The Flu Vaccine?

The CDC reports that the flu vaccine is around 60% effective. The actual effectiveness of the vaccine has to do with your overall health, age and how well the current vaccine matches to the actual flu strains going around in a given year.

The vaccine is formulated from 3 strains of the flu virus that researchers believe will be most active in a given year. If you are young and relatively healthy the flu vaccine has a better chance of working for you. You may still develop the flu even after obtaining the vaccine, but it usually doesn’t hit you as hard and you are able to recover faster.

How Do You Know If The Flu Is Turning Deadly?

In most cases, the flu resolves itself within 5 to 7 days as long as you get plenty of rest and keep down fluids to avoid dehydration. If your symptoms are becoming increasingly worse or are not going away in a timely fashion, you’ll want to visit urgent care. Visit the emergency room if you are experiencing chest pains and/or having difficulty breathing.