Are You Infected With Zika Virus? 7 Common Signs Of Zika Virus

Are You Infected With Zika Virus? 7 Common Signs Of Zika Virus 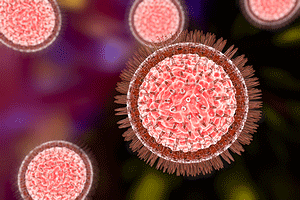 The most common symptoms of Zika virus include a rash, fever, headache, conjunctivitis or body pain. According to Pan American Health Organization, only 1 out of every 4 people infected with Zika will show any symptoms, while the CDC puts that number at 1 in 5. In other words, the most common symptom of all is no symptoms. When symptoms do arise it is still often unclear that the cause is Zika. After all, the symptoms associated with Zika are linked to a number of other common illnesses, which make it rather difficult to distinguish without medical testing.

If you are concerned that you may be infected with Zika it is highly recommended to visit a doctor as soon as possible for testing. This is especially important if you are pregnant, sexually active with someone that is pregnant or trying to get pregnant, or if you have a weakened immune system for any reason.

The rash associated with Zika may be flat or raised. It often starts on the face before spreading to the upper body. Once the rash starts to fade on the upper body it typically moves to the lower extremities. It may be categorized by small dots or small red bumps. Itching is not a common factor associated with the rash.

Conjunctivitis, or “pink eye,” is an infection of the eye that causes inflammation, redness and a crusty discharge that seals your eyes shut when you sleep. When you are awake you may notice redness, itching or burning of the eyes. You may also notice heightened sensitivity to the sun or bright lights.

According to The World Health Organization, joint and muscle pain associated with Zika is most commonly reported in the hands and feet. Pain may be accompanied by swelling.

The Zika virus has been known to cause stomach pain in some people, as well as vomiting and diarrhea. Make sure to stay hydrated if you are suffering from any of these symptoms. General feelings of illness, unease or discomfort may strike within a few days of coming into contact with Zika. These feelings tend to last around a week before clearing up.

Headaches have been reported in a number of cases where travelers have been infected with Zika.

If you are unnaturally tired it may be because your body is trying to fight off Zika. This is especially possible if you have traveled to an area that is heavily impacted, were bit by mosquitos and/or have a number of other symptoms listed above.

Although it is rare, some people do develop Guillain-Barré syndrome as a result of Zika. This is an illness of the nervous system that causes the immune system to damage nerve cells, leading to weakened muscles and in serious cases paralysis. The link between GBS and Zika is still under investigation by the CDC. Around 1-2 people per every 100,000 cases develop GBS in a given year.

Some Frequently Asked Questions About Zika

How Is Zika Virus Detected?

Zika is detected through a blood or urine test performed by a doctor. Health care providers should test all pregnant women who have been exposed either firsthand or through a partner that has traveled to an infected region.

How Long Can Zika Be Sexually Transmitted?

Zika is a sexually transmitted virus. The CDC recommends couples use protection or practice abstinence for at least 8 weeks after one partner is diagnosed with Zika. While symptoms tend to die down within one week, researchers have identified Zika virus in bodily fluids up to 93 days after the onset of illness.

What Is The Treatment For Zika?

As of now there is no specific vaccine or treatment regimen for Zika other than getting plenty of rest and relieving any symptoms. If you have a normal immune system and are not pregnant, symptoms generally last a week in the human body before you feel like yourself again.

When in doubt, test it out! Visit Urgent Medical Center today for on-the-spot testing.