What You Should Know About The Mosquito Virus 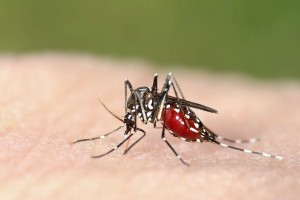 Chikungunya fever (CHIK) is a virus transmitted through a mosquito bite. In 1952 the virus was first identified in Tanzania’s southern region, although it is assumed to have existed long before throughout Africa and Asia.

Over the last 50 years Southern Europe, Southeast Asia, India, and islands around the Indian and Pacific oceans have all experienced outbreaks of the virus. Most recently the Chikungunya virus has spread wildly across the Caribbean. Now, according to Florida state health officials, CHIK has reached the US, with the first case identified in July of 2014. While US residents have been diagnosed with Chikungunya before, July marks the first infected individual that contracted the virus inside US borders.

So how worried should Florida residents really be? Unlike other illnesses, such as Ebola, the Chikungunya virus is not typically deadly. If you contract CHIK, you might not be able to sit up for a few weeks, and experience terrible joint pain, but most patients make a full recovery. Here we identify common symptoms associated with Chikungunya and what you need to know to keep safe from this mosquito-spread illness.

After being bitten by an infected mosquito it typically takes 3 to 7 days for symptoms to arise. For some, symptoms begin as soon as 2 days after being bit, while others take a full 2 weeks to encounter symptoms. According to Florida government health reports, 28% of the population will experience no symptoms at all after being infected. Young babies, children, the elderly, and anyone with a weakened immune system remain at the greatest risk.

Symptoms of Chikungunya typically span 3-10 days and include:

Most cases are able to clear up on their own and do not cause lasting damage. Although, some patients experience chronic arthritis, loss of energy, and even depression for weeks and even years after the virus has passed. In the most serious cases, symptoms can start to impact the heart, kidney, brain, and other vital organs.

ChikungunyaIn Florida, How It Is Spread

Researchers think that Chikungunya outbreaks in the US will remain small and isolated, and not cause too big of a stir. The reason being, the host mosquitos that carry the Chikungunya virus include Aedes albopictus and Aedes aegypti, two types of mosquitos that only live in parts of south Florida and the south Gulf coast. Of course, as climate change occurs and mosquito populations migrate, this could open up more US regions to the virus.

Chikungunya virus cannot be spread person to person, although people can spread it to mosquitos, which can then spread it to other people. The one-question Florida officials are still working on is if the infected mosquito population is from the Caribbean, or if a Florida mosquito bit an infected individual after they had contacted Chikungunya outside of the states.

How To Prevent Contracting Chikungunya

Avoiding mosquito bites is the best way to prevent Chikungunya. You can’t avoid mosquitos 100%, but there are a few things you can do to decrease your exposure risks.

The virus is diagnosed according to your exact symptoms, recent travel history and any known bug bites. Chikungunya is especially common amongst frequent travelers. There are many different viruses that appear similar as far as symptoms are concerned, it is up to your doctor to decide if you are infected with Chikungunya or something else. If necessary, serum or plasma tests can be used to help identify the virus. Visiting a healthcare professional is important for your health, and also to help record and identify all cases of the virus within Florida State.

Without a vaccine or cure, those infected by Chikungunya are forced to wait it out with plenty of food, rest and fluids. To make sure you do have Chikungunya virus, and not something that requires more serious medical treatment, it’s wise to visit your local Urgent Medical Center at the first sign of symptoms.