3 Mosquito-Borne Diseases in Florida You Should Know About

3 Mosquito-Borne Diseases in Florida You Should Know About 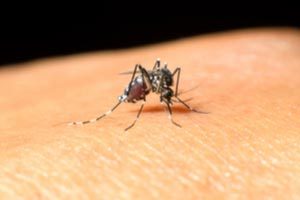 How Many Mosquitos Live in Florida?

There are 80 identified species of mosquitos living in Florida, that’s more than any other state. Luckily, less than half, or 33 of the 80 species can cause issues for humans and their pets, and 13 can transmit disease causing pathogens to humans and animals.

3 of the Most Common Mosquito-borne Diseases in Florida

Originally identified in 1937 in Uganda, West Nile Virus is a mosquito-borne flavivirus that can cause mild to serious illness. West Nile did not reach the states until 1999, when it first appeared in New York. By 2001, West Nile reached our sunny state of Florida. Since then, every state in the US, aside from Alaska and Hawaii, have reported human cases of WNV. It is now considered an epidemic in certain parts of the US, and outbreaks tend to peak in late summer. To date, the CDC has received over 2,038 reports of WNV.

80% of people with WNV experience no symptoms at all. Just 1% of the population develops the most serious symptoms associated with the virus, including meningitis or encephalitis, as well as serious and irreversible neurological damage, coma, paralysis, or even death.

Symptoms of WNV show up within 2 to 14 days after exposure. The most common mild symptoms include fatigue, pain/discomfort, headache, or fever. Most mild infections clear up within a couple of weeks without medical intervention. There is an effective WNV vaccine for horses, but researchers are still coming up with a human version of the vaccine.

St. Louis encephalitis virus (SLEV) is passed between birds and mosquitos. Before WNV arrived in the US, SLEV was the most common type of mosquito-transmitted disease in the states. In 2014, just 2 cases of humans with SLEV were reported, and these were the first reported cases since 2002. In 1990, 223 cases were reported in Florida, yet after the introduction of WNV in the states, cases of SLEV decreased considerably. Interestingly, researchers believe this is because WNV infections may offer immunity to SLEV in birds.

Symptoms of SLEV surface between 4 and 12 days after you are bit by an infected mosquito. Most people experience no symptoms at all, but symptoms can include headaches, fever, encephalitis, meningitis, or coma. People 50 and over are at the greatest risk of SLEV. Treatment currently includes symptomatic treatment and care.

Judging by its name, one might assume that Eastern Equine Encephalitis only impacts horses, but that’s not true. In fact, this mosquito-borne alphavirus that was originally identified in humans back in 1938, is one of the most deadly and dangerous in Florida. It thrives in freshwater swamps, cycling between Culiseta melanura mosquitoes and birds. A 2012 study found that snakes can play host to the virus in winter, keeping it alive until the following year.

Symptoms arise between 3 and 10 days after you are bit by an infected mosquito. Symptoms include aches and pains, fever, and increasingly bad headaches. Symptoms may get worse over a 1-2-week period, at which point you’ll either start to get better or show signs of encephalitis. Symptoms of encephalitis include seizures, neurological issues, or vomiting. People younger than 15 and older than 50 are at the greatest risk of developing severe symptoms of EEEV. A frightening 30-45% of people that develop encephalitis due to EEEV die from the disease. Those that recover may experience lasting side effects.

How to Reduce Your Risk of Mosquito Bites

You can help reduce your exposure to local mosquito populations by:

-Wear long sleeves and pants when you’re in an area with mosquitos.

-Add screen covers to windows and doors to help prevent mosquitos from getting inside of your home.