The Top 10 Most Common Warning Signs of Alzheimer’s Disease

The Top 10 Most Common Warning Signs of Alzheimer’s Disease

Know the signs of Alzheimer’s. Know when to take your loved one to the doctor

Alzheimer’s disease is a form of dementia that impacts memory, behavior and other cognitive 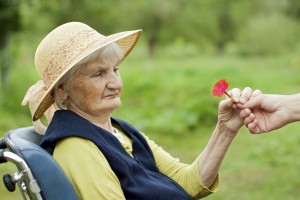 functions. Symptoms generally start off slow and worsen over time, eventually even daily tasks become difficult or impossible to complete. Some memory loss and decreased brain function is normal as the body ages, but Alzheimer’s disease is not a natural part of ageing.
One out of every seven Americans 70-years and older has some form of dementia, and 60-80% of all cases of dementia are related to Alzheimer’s. Alzheimer’s is common, although most people diagnosed are 65+. Early onset Alzheimer’s occurs between 30 and 50-years-old, and currently impacts over 200,000 Americans, in comparison to 4 million with Alzheimer’s.

While there is currently no known cure for Alzheimer’s Disease, there are treatment options available to help slow its progression. As with anything related to your health, it’s best to pinpoint issues early on so that you are able to be proactive about Alzheimer’s.

Early detection of Alzheimer’s grants you the opportunity to:

-Pick a treatment plan that works best for you. If diagnosed early on, there is a greater chance you will get to participate in cutting edge trial studies and help further Alzheimer’s research. Also, when started early, treatment plans tend to work better. Once Alzheimer’s is too far progressed not much can be done besides providing comfort and care.

-An early diagnoses gives you more time to plan for the future because you know ahead of time what to expect. You can greatly benefit from planning ahead in regards to social and support networks, financial and legal matters, as well as living arrangements. In order to detect Alzheimer’s disease you must first know the warning signs.

The 10 Most Common Warning Signs of Alzheimer’s Disease

1.    Increased Difficulty Planning
Some people notice a change in their ability to maintain daily schedules, or follow along with numbers. For instance, you may notice you have difficulty keeping track of bills, or that you are missing appointments and forgetting to show up to social events you wanted to attend.

2.    Asking The Same Thing Over and Over
Memory loss that interferes with day-to-day life is a key sign of Alzheimer’s. Signs that this is happening include asking the same questions over and over, or repeating the same thing many times without realizing it.

3.    Confused About Time And Location
If you have Alzheimer’s disease it’s easy to lose track of dates, seasons and time in general. You may become confused about when something is going to happen. It is also common for people to forget where they are or how they got there.

4.    Decreased Understanding Of Spatial Relationships And Visual Images
Some people experience vision issues due to Alzheimer’s such as a decrease in their ability to read, judge distance, or see clarity of colors.  This can interfere with your ability to judge distance from one point to another, or analyze a situation. In some cases, people mistake their own reflection for someone else’s.

5.    Difficulty Maintaining Conversations
Alzheimer’s makes it difficult to follow along and keep up with a conversation. You may stop talking in the middle of an open dialogue or continually repeat the same thing. Other signs include forgetting common words or using the wrong words to describe familiar objects.

6.    Losing A lot of Things
If you are struggling to remember day-to-day tasks, it’s hard to retrace your footsteps after you misplace something. As a result, people with Alzheimer’s tend to lose a lot of things and then be unable to tell you where they could possibly be.

7.    Mood Swings
Alzheimer’s disease can alter ones’ mood or personality. You may become confused, depressed, fearful, anxious or suspicious, and more easily upset.

8.    Difficulty Completing Familiar Tasks
Regular activities done at home or work can become difficult if you have Alzheimer’s. For instance, it is common for people to get lost while driving somewhere they have been many times before.

9.    Decreased Decision Making
Alzheimer’s disease can cause changes in one’s ability to judge a situation and make sound decisions. Signs include an increased number of products ordered from telemarketers or infomercials, or falling prey to multiple door-to-door sales scams.

10.    Withdrawing From Loved Ones And Friends

Alzheimer’s patients often start to isolate themselves from regular activities and social events they used to enjoy. This often relates to the frustration experienced when no longer able to complete the same tasks or engage with others as before.

Age
The older you are the more likely you are to get Alzheimer’s.

Family History
Your risk increases if more than one family member has had the disease.

Genetics
Scientists have isolated several risk genes’ associated with Alzheimer’s disease. If you have these risk genes you are prone to Alzheimer’s but not guaranteed to develop it.