TB Screening Test: What You Need To Know

TB Screening Test: What You Need To Know 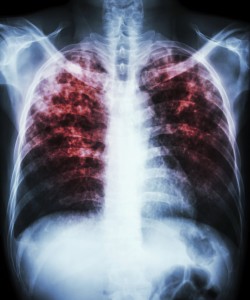 If you think you have come into contact with Tuberculosis (TB) you will need to be screened, but that’s not the only reason a TB screening test is conducted. In fact, there are a number of reasons you may need a test for TB.

There are two types of TB, latent and active. Usually your immune system is able to fight off TB, which means the bacteria is in your body and you technically have TB but your immune system is keeping it in an inactive state with no noticeable symptoms. This is known as latent TB, which isn’t contagious but still requires treatment because it can flare up and become symptom provoking as well as contagious at any time. It is estimated that some 2 billion people have latent TB.

The other type is Active TB, this is when your immune system is not able to fight it off and you are sick as well as contagious. This could occur within a few weeks of contracting TB, or years after initial contact.

Who Is At The Greatest Risk For TB?

You are at a greater risk for developing TB if:

Signs You May Need A TB Test

Most people have been given a TB test at some point in life regardless of risk for exposure. TB screenings are mandatory to enroll in school and start some jobs. Other reasons you may require a TB test include:

Tests Used To Screen For TB

There are generally two tests used to diagnose TB. The first option is a tuberculin skin test (TST), which involves injecting a small sample of purified protein derivative solution under your first layer of skin on your arm. 48-78 hours later you will return to the doctor to see how your skin reacted to the solution in order to determine if you’re positive for TB or not.

The second test is known as the interferon gamma release assay (IGRA), which measures a particular substance called gamma interferon. This substance is released by white blood cells when they are exposed to TB antigens. This screening method is not as popular as TST because it requires viable white blood cells. Meaning the laboratory must receive and test cells within a very specific window of time.

The CDC recommends the IGRA test for people who are not likely to return to have their skin test analyzed. Another reason for this type of testing is if someone has received the Bacille Calmette-Guérin (BCG) vaccination, as this vaccine may complicate results of a TST test. BCG is not a vaccine administered in the US for TB, but other countries with higher rates of TB do give this strain of vaccine. BCG is administered in the US to treat certain kinds of cancers.

The CDC prefers the TST test for children that are 5-years and younger.

If you test positive for TB there is generally a follow-up of tests including AFB testing, collecting culture samples and sensitivity testing to confirm diagnoses.

It is not uncommon for people to test positive when they are actually negative for TB. This can occur if you have been exposed to a different Mycobacterium species. This is why a positive result is double-checked using a secondary method such as a chest x-ray.

A negative TST test might cause itchy, or mildly uncomfortable skin near the injection site. In some cases the test may not be responsive due to the presence of a recent viral or bacterial infection, an active vaccine like measles, mumps, chickenpox, a very severe case of TB, or if you are taking immune suppressive drugs. After receiving a TB vaccine you should wait 4-6 weeks before being tested. (Reference)

Signs Of Active TB Include:

TB is also known to impact other parts of the body including vital organs such as your brain, spine and kidneys. TB will cause different issues depending on where it is located. For instance, TB in your spine will cause back pain while TB of your kidneys may cause blood in your urine.

Head on over to Urgent Medical Center to get peace of mind and get screened for TB today!