Researchers Are Testing Calcilytics As A New Form Of Asthma Treatment

Researchers Are Testing Calcilytics As A New Form Of Asthma Treatment 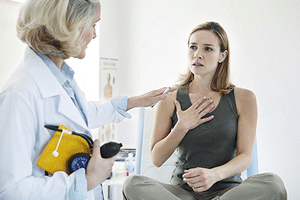 Researchers are currently testing a new class of drugs for asthma treatment that’ll potentially reverse symptoms. The standard therapy for asthma, inhaled corticosteroids and long-acting inhaled B2-agnosits, remains effective, safe and affordable for many asthma patients. Although, there are still a number of patients that are not experiencing effective control of their asthma symptoms with medications currently available.

Over 300 million people worldwide have asthma, with more people diagnosed every day. Many of these people are not getting the relief they need from traditional asthma treatments. 80% of patients with difficult to treat asthma do not properly use their inhaled therapy and only half of patients dependent on corticosteroids take oral corticosteroids on a regular basis.

The need for new asthma treatments remains great, especially amongst patients with severe asthma. Unfortunately, it is difficult to secure funding for asthma research, hence why improvements and new developments are slow to arise.

Asthma was once treated almost exclusively with bronchodilators. In recent years, the focus has shifted to treating it as an inflammatory disease impacting the airways. As a result, the focus is on anti-inflammatory treatments. There are different endotypes of asthma, which require different forms of treatment.

A study published last year by Cardiff University in the UK found that the calcium-sensing receptor (CaSR) plays a vital role in the cause of asthma.

Researchers implanted human airway tissue from both asthmatic and nonasthmatic people in mice with asthma. They found that by using an existing class of drugs, calcilytics—originally used to treat osteoporosis—they were able to reverse all symptoms in the mice.

Calcilytics work by blocking the calcium-sensing receptor, which is why they were originally used for osteoporosis, otherwise known as “brittle bone disease.” Interestingly, while these drugs are found to be very safe, they have not proven very effective for the treatment of osteoporosis. Since they have already been used and extensively tested, researchers have the unique opportunity to use them for different purposes, such as treating asthma. They are still working on securing funding but hope to test the drugs on humans with asthma in the next year or so.

So far, the use of calcilytics has shown a reduction in airway narrowing, inflammation and airway twitchiness. All of these symptoms make breathing nearly impossible, so by decreasing these symptoms asthma patients can breathe much better.

This is the first time that airway inflammation has been linked with airway twitchiness. According to Daniela Riccardi, principal investigator and professor in Cardiff’s School of Biosciences, this is “incredibly exciting.”

She adds, “Our paper shows how these triggers release chemicals that activate CaSR in airway tissue and drive asthma symptoms like airway twitchiness, inflammation, and narrowing. Using calcilytics, nebulized directly into the lungs, we show that it is possible to deactivate CaSR and prevent all of these symptoms.”

This is particularly exciting for the 1 in 12 patients that do not respond to current treatment measures available. There are a number of other respiratory conditions that may be treated by this same medication, such as obstructive pulmonary disease and chronic bronchitis.

Researchers are still busy testing calcilytics for asthma patients. According to Riccardi, “If we can prove that calcilytics are safe when administered directly to the lung in people, then in 5 years we could be in a position to treat patients and potentially stop asthma from happening in the first place.”

Quick relief at the first signs of asthma include the use of:

Corticosteroids are the most popular anti-inflammatory therapy used for asthma patients. They work successfully for most patients, but since the lungs absorb them they present a greater risk for side effects.

Other common long-term medicines used to treat asthma include:

Need help finding the right asthma treatment for you? Visit Urgent Medical Center today for on-the-spot compassionate health care you can rely on.