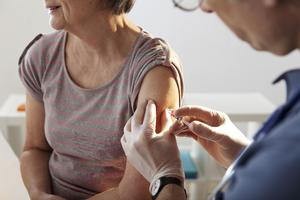 You can greatly reduce your risk for getting the flu ever again by simply getting your annual flu shot at Plantation’s Urgent Medical Center. The CDC recommends anyone over 6-months getting an annual flu shot.

When Should You Get Your Flu Shot?

It is most common to get your flu shot in October, at the very start of flu season. However, you can still get vaccinated all throughout flu season, even well into January. In most areas, influenza tends to spike in January or later. That being said, it is always better to get the vaccine sooner as opposed to later. It takes 2 weeks for the antibodies to produce in your body and properly respond to any future flu-related intruders.

Thus far Florida flu season has been mild, although we have seen some pick up in recent weeks, signaling a broader outbreak of the flu could be on the forecast. One of the most severe strains is currently in circulation, A (H3). Every year new and altered flu strains present themselves, which is why it’s important to get a flu shot annually. Every year the latest flu vaccines are made in accordance with these shifts in strains to protect the public from mass influenza outbreaks.

Every healthy and able-bodied Plantation resident that is over 6-months old should get the flu shot. If this happened we would see the number of influenza outbreaks decrease to 0, or nearly so. Getting the flu shot gives you the opportunity to spend your extra sick days from work actually having fun with your toes in the sand instead of barfing into a bucket. That’s not the only reason to consider getting the flu shot.

1. The Flu Can Be More Dangerous Than Assumed

The flu can be a slight illness that causes discomfort and a few missed days of school or work, or it can be very serious. The flu is especially risky for children younger than 6 and adults over 65. Yet, even perfectly healthy individuals can get sick from the flu and actually die. For instance, the ‘Swine Flu’ strain that started going around in 2009 caused fatalities amongst healthy individuals that were in no known risk groups.

Not to mention, numerous children have died in just the last few years in Florida due to complications related to the flu. You can greatly help prevent these dangers by simply having you and your child vaccinated.

2. The Flu Shot Is Perfectly Safe

The flu shot offers you the greatest bid at immunity through flu season without any real risk. In other words, it’s really a win-win. Years of research and first-hand use have proven the flu shot not only effective, but also safe. At worst, some people experience mild aches and fevers post-shot, but nothing compared to actually getting the flu. That’s because vaccines contain non-active forms of the virus.

There are still some concerns. For instance, in 1976 a particular flu strain vaccine caused a rare neurological condition known as Guillain-Barre Syndrome. This same condition can actually occur as a result of getting the flu, but regardless no modern day vaccine should present these sorts of risks. Since this strain was removed from the market nothing of the sort has occurred again.

3. The Flu Shot Protects Everyone

When you get sick you almost always infect at least a couple other people, this number goes up when you are talking about infected kids. When you get the flu shot you don’t only protect yourself from getting sick but you also protect everyone that you could potentially infect from getting sick.

Should Everyone Get Vaccinated Against The Flu?

There are various flu vaccines intended for different groups of people. Your health, age and allergies will play a role in the right flu vaccine for you. Talking with our doctor will help you find the best-case scenario to keep you healthy all throughout flu season.

Is It Possible To Still Get The Flu After Being Vaccinated?

Yes, there is always the risk for infection no matter what vaccines you get, but risks are greatly reduced. The chance of getting the flu after vaccination has to do with your health, age, and even more so the type flu vaccine you received in comparison to the strain of flu you were exposed to. Sometimes the strain of flu vaccine does not match a particular strain of flu that is going around, for instance this happened when ‘Swine Flu’ originally broke out, and it also happened again last year. As these mistakes unfold medical scientists get better and better at making successful vaccination strains.

Where To Get Your Flu Vaccination

Plantation’s Urgent Medical Center offers the flu vaccine to eligible patients of all ages. We are proud to help keep Florida flu-free 365-days a year, but especially during flu season. Visit us today to get you and your family vaccinated against the flu!