What You Need To Know About Zika Virus In Florida

What You Need To Know About Zika Virus In Florida 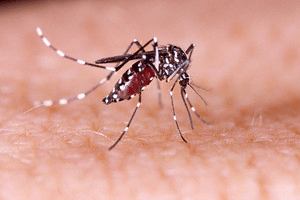 There are over 40 confirmed cases of the Zika virus in Florida so far. Here’s what you need to know to protect yourself.

According to the Florida Health Department, all confirmed Zika cases thus far have involved travelers. The concern is that the virus will infiltrate local mosquito populations, causing more than just travelers to be impacted.

4 pregnant women have been confirmed with the Zika Virus in Florida, all of which are travel related. The counties the pregnant women live in are not being released to the public.

As of now, all confirmed cases of Zika have been transmitted outside of the country. Yet, local container mosquitoes have the potential to carry and transmit Zika. Just as its name suggests, container mosquitoes only breed in containers. As a result, community clean up efforts can help curb the potential for outbreaks. Brevard County Mosquito Control is urging everyone to clean up any trash around the community, as well as on your property.  You should also drain any standing water once a week.

Zika was originally identified in 1947. It may have been in existence before this time and remained unreported because it presents itself similarly to other illnesses.

Symptoms of Zika fever include:

In most cases, Zika appears within a few days or weeks of contracting the virus. Symptoms are generally mild and go away within a few days to a week. It is rare for people to die from Zika, which is why many cases likely go unreported.

There are no vaccines or treatment regimens for Zika. In order to get better you must rest, remain hydrated, and take the proper medications to reduce fever and pain. Once infected with Zika, most people become immune to it for the remainder of their life.

How Is Zika Transmitted?

Zika is typically transmitted in one of three ways:

Since May of 2015, the Zika virus has been rapidly spreading throughout Latin America. As the prevalence of Zika increases, officials have pinpointed a simultaneous increase in a birth defect known as microcephaly. This causes babies to be born with abnormally small heads, which is typically an early warning sign of brain damage due to improper development in the womb.

Since a mother can spread the Zika virus to her unborn fetus, it’s especially important for pregnant women to stay protected.

We are still learning about the exact links between Zika and birth defects. If you are pregnant, or trying to get pregnant, and planning to travel to an area infected with Zika, it’s important to speak with your healthcare provider before making the decision to go.

The CDC has issued special precautions for pregnant women traveling to areas outside of the country experiencing Zika outbreaks. The CDC highly recommends postponing travel to these high-risk regions until after giving birth. If you must travel to an area affected by Zika there are special steps you must take to help prevent mosquito bites.

If you are pregnant and have been to a region where the Zika virus is prevalent you should go to the doctor if you experience any of the following symptoms: fever, rash, joint pain, or red eyes. Symptoms generally present themselves during your trip or within 2 weeks of returning. Make sure to inform your doctor of where you have traveled.

Does Zika Always Cause Birth Defects?