Lowering Your Risk for Alzheimer’s

Lowering Your Risk for Alzheimer’s 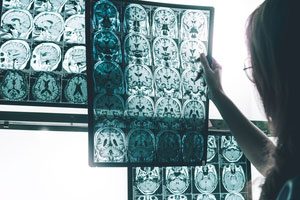 As the research continues to find a cure, Alzheimer’s continues to affect more than 33 million people around the globe. Even so, the latest discoveries suggest that you can lower your risk for Alzheimer’s disease by making certain lifestyle changes, some as simple as getting more exercise.

Though advancing and age and genetic makeup are significant risk factors in the development of Alzheimer’s, scientists, physicians, and researchers agree a number of lifestyle factors also appear to influence. In addition, researchers estimate that by implementing these changes, millions of Alzheimer’s cases could be prevented.

The lack of physical activity has been linked to an increased risk of Alzheimer’s disease, which means staying physically active is important. Walking, jogging, bike riding, ballroom dancing, water aerobics, and anything that gets the heart pumping has been shown to improve brain activity and lower the risk for dementia. Twenty minutes of aerobic activity each day is all it takes to make your brain healthier!

The latest studies reveal smoking can increase your risk of developing Alzheimer’s while quitting has been linked with lower risks of Alzheimer’s and dementia.

Slight elevations in blood sugar, well below a diabetes diagnosis, have shown a significant correlation with an increased risk of dementia. In multiple studies, an increased risk of Alzheimer’s has been linked to diabetes. Diabetes is present in ten percent of the elder population, making it important to manage the condition with medication, exercise, diet, and weight control. To keep blood sugar under control, you should limit carbohydrates, eat healthy fats in moderation, and choose meats with high levels of omega-3 fatty acids.

Getting your cholesterol levels under control can also lower your risk of developing Alzheimer’s and other forms of dementia. Recent studies have shown that those who took cholesterol lowering medication in middle age reduced their risk for Alzheimer’s and dementia by upwards of 60 percent compared to those how had elevated cholesterol without medical treatment.

Research has shown that protecting your head from trauma, even early in life, is important like wearing the proper protective helmet for sports like football, biking, skateboarding, skiing, and more. Even mild head trauma has been linked with dementia later in life.

Mental stimulation – doing crosswords or sudoku, learning a new language, playing an instrument – lowers the risk of Alzheimer’s. Theoretically, at least thus far, mental stimulation seems to enhance cell connections in the brain and further develop the brain reserve. In addition, new studies seem to indicate a connection between formal education and a decreased risk of Alzheimer’s.

Those with a history of depression have an increased risk of Alzheimer’s, while getting treatment for depression seems to improve cognitive function.

Studies have also shown that along with mental stimulation, social interaction and strong connections with others decrease the risk of Alzheimer’s among senior adults.