Ear Today, Gone Tomorrow: What You Need to Know About Ear Infections

Ear Today, Gone Tomorrow: What You Need to Know About Ear Infections

Ear Infections & What You Need to Know

Ear infections are caused by fluid lodged in the middle ear. This can occur from a number of things including colds, allergies, and throat infections. Every time we swallow the air in our ears is pressurized, aprocess that continues subconsciously throughout our entire day. When you have a cold, flu, o 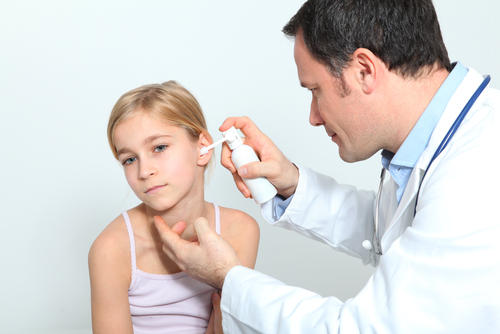 r allergies you are susceptible to having your Eustachian tube swell, this tube connects your middle ear to your throat and keeps your ears from filling up with air and fluid pressure. If swelling causes this tube to incur blockage, bacteria is likely to thrive causing an ear infection. Since colds and flus can travel through the Eustachian tube, it makes it easy game and a great breeding ground for bacteria if there is stagnant water trapped inside.

Who Is Most Likely To Get An Ear Infection?

Anyone can get an ear infection but this ailment mostly impacts children, especially concerning middle ear infections, medically known as otitis media. If you are a parent you know just how common ear infections can be for many kids. The average child develops an earache 2 times out of 3 when they get sick with a cold, mainly because their immune system is not fully developed yet and their ears do not drain as sufficiently as adult ears. Ear infections are so common that it’s estimated a total 90% of children aged 1 to 3 will experience an ear infection, while 50% are likely to have 3 or more ear infections during this time.

Babies often get ear infections and when they do they tend to cry a lot because they have no way to communicate or even understand what is bothering them so much—they just want it to stop. A sign that your baby has an ear infection might be if they keep tugging on their ear, or if they don’t want to drink from a bottle, as this creates further pressure and can make it painful to swallow.

Adults get earaches too, although we more commonly get outer ear infections, or swimmers ear. If the ear is submerged in water too often it becomes a breeding ground for bacteria, for which the term swimmer’s ear derives.

If you see yellow, brown, or white fluid coming from your ear it might be a burst eardrum, which results from an over accumulation of pressure in the ears. While this sounds terrifying, rest assured a burst eardrum only takes a few weeks to heal. In some cases, a popped eardrum can even make you feel better because the annoying pressure is finally released.

How To Treat & Relieve Ear Infections

To know for certain if you or your child has an ear infection you will need to consult with a doctor, they will need to look inside of your ear using an otoscope to see if your eardrum is swollen and red. A normal eardrum should be clear with only a light pink or gray tint. A doctor can also blow air onto the eardrum and see if it reacts properly, if it does not vibrate in a specific manner this indicates fluid inside of the eardrum.

In some instances a doctor may prescribe an antibiotic, but not if it can be avoided; if you take an antibiotic for everything bacteria becomes stronger and is harder to beat later on. Also, since the cause of ear infections can be related to a virus, an antibacterial won’t always work anyway. In most cases, ear infections should go away on their own without treatment of an antibiotic, although only a doctor can provide you with answers regarding your specific health and situation.

Tricks for finding relief from ear infections include:

Ways to Keep Your Child Free From Ear Infections

Since children are most likely to form an ear infection, parents can take a few precautions to help limit the number of ear aches a child experiences.

More on Caring for Your Ears