Our brain controls almost every function of our body; it affords us intellect, personality, and the ability to thrive. Our skull provides a very thick layer of protection for our brain, but still, a head injury is a common occurrence that can require immediate medical attention. Here we provide some clarity oncommonly asked questions about head injuries.

What Causes Most Head Injuries? 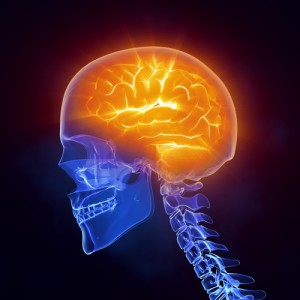 Some head injuries are minor while others are far more severe. Every year an average of 52,000 people die, 275,000 people are hospitalized, and over onemillion people visit emergency medical care centers due to a traumatic brain injury. Nearly 2 million people each year sustain a head injury of some sort, the most popular age groups for brain trauma include children under 4-years of age, older teens between 15-19, and those over 75. Most commonly a fall leads to a head injury, especially in younger children and older adults. Head injuries that result in death are most often caused by motor accidents.

What Types of Head Injuries Exist?

Head injuries include concussions, scalp wounds, and fractures to the skull. A brain injury can be mild, moderate, or extreme, although any level of brain trauma can cause brain tissues and surrounding layers to bruise and bleed, such as subdural hematoma. Head injuries that do not break the skull can still cause major problems; even without a fracture, the brain is at risk for slamming against the skull, inciting trauma, bleeding, and dangerous swelling.

The most common types of head injuries include:

Concussion: A concussion is a head injury resulting from shaking of the brain within the skull. Direct impact to the head can be minor or it can be as traumatic as a gunshot wound and still produce the same result: a concussion. It is often assumed that in order to have a concussion one must pass out, or lose consciousness. It’s common for one to black out anywhere from 3-minutes to 3-hours, but one does not have to lose consciousness to have a concussion. Instead a person suffering from a concussion might simply feel dazed or confused but remain awake and able to communicate. While some concussions are minor injuries, others can lead to further complications, including death in the instance of a subsequent brain clot or bleed.

Penetrating Head Injury: Any injury that breaks through the thick skull barrier is a penetrating head injury. In order to break the skull open, high speeds are typically involved such as in a car-crash. With this type of injury, a foreign object typically penetrates the skull, forcing blood, hair, and other substances into the brain.

Diffuse Axonal: This type of head injury is caused by the brain shaking within the skull, in infants this is known as Shaken Baby Syndrome. For adults, a sporting accident or car accident can create the same damage. When the skull is forced to move faster than the brain, portions of the brain can start to tear. Depending on where the tearing occurs, different functions will become impaired.

Contusion: If an injury to the brain causes a contusion to form, this simply means that there is bruising or bleeding somewhere on the brain. In some cases, contusions are large enough to require surgery.

What Should You Avoid After A Head Injury?

The last thing you want to do after you or a loved one has suffered a head injury is to make it worse. No matter how severe, or non-severe, a head injury appears, do everything you can to avoid the following:

When Should You Seek Medical Attention For A Head Injury?

How to know if your head injury is serious enough to warrant medical attention is important and can even save your life. Due to the vast nature of head injuries, one can look fine and still need medical attention; therefore it’s best to be overly cautious. Immediately after one has incurred trauma to the head check their

breathing, heart rate, and consciousness. A doctor must treat any damage to the brain that involves bleeding, although internal bleeding can remain a mystery without proper medical evaluation.

Obtain immediate medical attention if any of the following signs present themselves after a head injury:

*In addition, en extremely high-risk group are those who are on any medications, which may thin the blood

Only a doctor will know exactly what type of damage has been done to your brain, along with the best plan of action for a speedy recovery. If you are currently experiencing concern over a head injury, South Florida’s Urgent Medical Center is here to help.