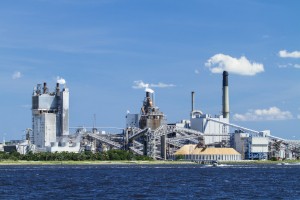 There are a few ways to identify if Florida air pollution is making you or family sick.  Air pollution is on the rise in all parts of the world as populations increase alongside manufacturing, automobiles and other sources of pollutants. The Florida Department of Health works hard to keep air pollution to a minimum. The State constantly tracks what is going on in the air to ensure they are on top of any significant changes in air quality.

Air quality throughout Florida is considered good to moderate, which is actually the best you can score on the official AQI scale. Just because the air in Florida is cleaner than many other locations doesn’t mean we are free from all health-related issues concerning air pollution.

What Is The AQI?

The AQI is used to determine air quality in a given area. The scale ranges from 0 to 500. The higher the number the higher the levels of air pollution, thus increasing the risk for associated health issues. If AQI is 50 this is a good number with little potential for causing public health issues. If AQI is over 300 this is a sign that air quality is hazardous and likely to cause health issues. We are blessed in Florida that the AQI does not generally peak past 100, which is actually the number set by the EPA as satisfactory. Anything above 100 is considered cause for concern. (Reference)

How Bad Is Florida’s Air Pollution?

There are certain parts of Florida that have worse issues with air pollution than others. There are also certain seasons when air pollution is known to increase, generally around April. Florida’s cool weather and summer thunderstorms are related to ground-level ozone, or smog.  This smog is spurred by car emissions, power plants and so forth. When these sources are touched by sunlight they become visible and are especially harmful to children, the elderly, and anyone with underlying respiratory issues.

Florida generally only experiences a couple days a year with unhealthy air pollution levels, typically spurred forth from hot and dry weather common between April and June. When the winds die down during this part of the year the pollutants become trapped in the area, as if locked in an invisible bubble. During other parts of the year the wind helps disperse and reduce air pollutants.

You can check the air quality on a daily basis here: http://www.airnow.gov/

If air quality is particularly poor on a certain day it is recommended for anyone with health issues to stay inside as much as possible.

Florida cities still remain healthier in terms of air quality than other big cities such as Atlanta or Los Angeles due to the lack of heavy industrial production and the presence of a steady ocean breeze. In fact, the air quality in Florida is considered one of the many perks to living here.  (Reference)

Depending on where you live air pollution varies within the state. For instance, if you open your window and see a busy street or freeway air pollution will be worse than if you live in a more remote part of town. The more plants and trees outside your window also impacts exposure.

It’s not just man-made pollutants that we have to fear. Pollen and mold are also known pollutants that can spark allergies and serious health problems. Indoor pollutants can be more dangerous than outdoor pollutants. Living in a house that has mold issues or is infested with rats can amp up indoor pollutants and lead to the development of health issues such as asthma, especially in children.

What Does Air Pollution Do To The Body?

The body is negatively impacted by air pollution in a number of ways, regardless if you realize it or not. Long-term exposure to poor air quality is known to cause:

You Are More Susceptible To The Impacts Of Pollutants If:

Ground-level ozone forms due to volatile organic compounds and oxides of nitrogen reacting to the sun’s rays. Cars, trucks, buses, construction sites and agriculture equipment are the leading sources of this type of pollutant, which tends to be worst in the afternoon and early evening. Associated health problems with ground-level ozone pollutants include:

If you are experiencing difficulty breathing or any of the symptoms outlined above visit Urgent Medical Center today.