3 Most Common Florida Mosquito-Borne Diseases & How To Protect Yourself

3 Most Common Florida Mosquito-Borne Diseases & How To Protect Yourself 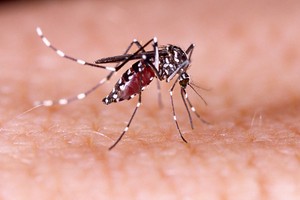 It’s so important to know how to stay protected against the 3 most common mosquito-borne diseases in Florida, including West Nile Virus, Eastern Equine Encephalitis and St. Louis Encephalitis.

There are several species of mosquitos living in Florida capable of spreading diseases to humans and animals. These diseases may be caused by a virus or a parasite, and may provoke symptoms that range from very slight to extremely severe.

There are 3 mosquito-borne diseases found in the state of Florida:

Common mild to moderate WNV symptoms include a fever, headache, body aches, nausea, vomiting, diarrhea, joint pain and body rashes. While these symptoms tend to go away completely within a matter of days, feelings of lethargy or weakness may persist for weeks or even months.

If you are over 60-years-old or suffer from any immune system disorder you are at a greater risk for developing more severe symptoms that only 1% of the population incurs. These symptoms range to include neurologic illness, high fever, stiff neck, feeling disoriented, tremors, coma, paralysis and seizures. It is possible to recover from severe symptoms, although it may take a few weeks or months, and some neurologic effects may become permanent.

An estimated 10% of people that experience neurologic infection from WNV will die.

There is no specific treatment for WNV. Treatment is instead based upon the symptoms that present themselves. In serious cases, extended hospital care may be necessary.

The majority of SLEV cases occur in eastern and central states. Most people will not experience any symptoms after being bit by a mosquito infected with SLEV. If you do become ill from this disease the most common symptoms include headache, fever, lethargy, nausea and vomiting.

It is rare but possible to develop severe neuroinvasive disease, often related to inflammation of the brain. This is more common in elderly patients. It is rare, but possible, for long-term disability or death to come as a result.

There are no treatments made specifically for SLEV, instead treatment is generally based around the symptoms a patient is displaying.

Eastern Equine Encephalitis is very rare in humans, and only several cases are reported annually in the US. Most of these cases occur in Florida and throughout the Gulf Coast states, as well as Atlanta. EEEV is one of the most severe and potentially dangerous diseases, carrying a 33% mortality rate. Survivors of EEEV may be at risk for brain damage.

Despite how serious the disease can be, most people experience little to no symptoms after being exposed to Eastern Equine Encephalitis. Some people do experience very severe symptoms, generally those that are elderly or have a weakened immune system.

Severe symptoms of EEEV include inflammation of the brain, high fever, vomiting, and chills. If the illness remains untreated it could develop into seizures or coma.

What About All Of The Other Mosquito-Borne Disease?

There is always the chance you could be infected by a different non-native mosquito-borne disease. This occurs when people travel outside of the state or country and are bitten by a mosquito infected with a different disease. If another mosquito bites you after returning to Florida, that mosquito could then spread the foreign disease you picked up while traveling to any human or animal it bites thereafter.

Mosquito-borne diseases spread in this manner include:

How To Protect Yourself

There are no cures or vaccines for any of Florida’s mosquito-borne diseases. That being said, the best way to stay protected is to follow certain precautions to avoid being bit by a mosquito in the first place.

The best ways to prevent mosquito bites include:

Visit Urgent Medical Center today if you think you are experiencing side effects from a mosquito bite.